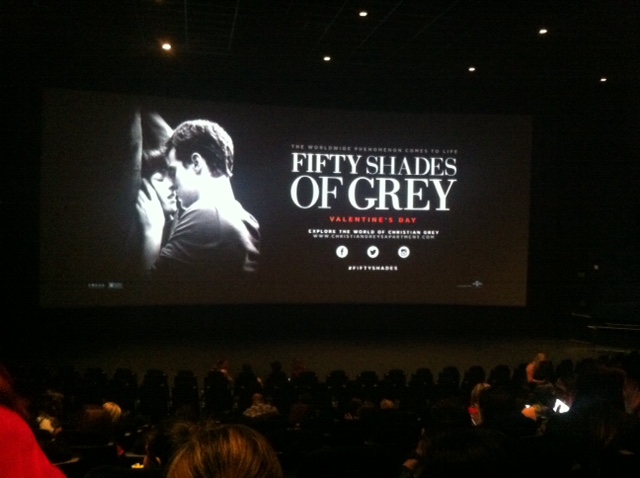 The first thing you notice about Grey are his eyes. Good guess, the writer borrowed them from Edward Cullen’s character from the Twilight. Remember, 50 shades began as the Twilight fan pic? Unfortunately they don’t work on Christian as they makes him look blank (the idea might have been to show him emotionless and cold). On the other hand, Ana is as vulnerable as Bella. She is willing enough to be curious but strong enough to say No.

When Ana confronts why Grey doesn’t like being touched,  the answer is smartly revealed through an example than him explaining it verbally. He had a rough start. The other important question why he doesn’t like to sleep in the same bed with Ana can be understood only by those who understand what BDSM is all about. Someone who is into it told me, “You don’t sleep in the bed with someone you played with for the last twenty four hours.” Makes sense?
The pacing of the movie is really really good. The writer added a lot of comedic relief which is why you never feel uncomfortable or bored throughout the film. The dialogues are natural and tastefully written. Thankfully no cheese lines. No clichéd stuff. . The casting is fresh and keeps us interested. It also keeps our mind focused on Grey and Ana as characters than them being stars. Eloise Mumford played her part as the bubbly blond girl really well. The best part about her character in the movie was that she wasn’t a c*ck blocker. A lot of girls out there need to understand to leave your girl friends alone. Seriously.

The production design and cinematography is really job well done. The background score keeps us engrossed as it seamlessly transports us back and forth between the sex scenes and the characters. The soundtracks are great and freshing. They elevate our adrenalin rush whenever it is needed. The sound design is also really good. I was talking to both young and senior audience and learnt that unlike the book, the screenplay of the movie doesn’t really go into stark BDSM. Disappointed? Sorry. LOL. And I’m positive that there will be lot of viewers who will relate with Ana’s character. Especially if you live in Hollywood.