PROJECTS WE WORKED WITH: 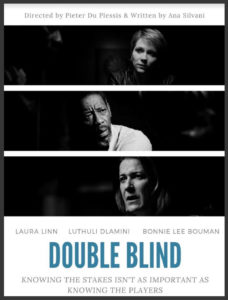 Double Blind (2019) is a short movie about a three-way poisonous relationship between a child trafficker, an adoption parent, and the tragic life of a foster kid. The story is set at a bar where Liz meets Keith for a poker game. She tries to sell him a baby, but Keith still has his hopes up that his missing adoptive daughter is alive. Tension arises more and more as the heat of the conversation grows. The room is filled with doubts about the past, questions, guilt, and the presence of a stranger called Pam seated next to them.

Captured over the course of 3 years, Child of Nature (2019) is a feature-length documentary that follows five stories of children from Kenya, the Philippines, Syria, Canada and Germany who against all odds are transforming their lives and their communities. Stories of courage, hope, and generosity that will both amaze the mind and touch the heart. 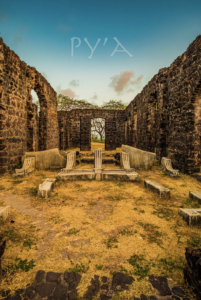 Pya is a documentary about a personal journey where our protagonists are up against a system that forgets its people and leaves them holding empty promises. Lycurgo Querido explores how his grandfather’s acts of kindness touched the lives of the people from Alcântara and his own family. It shows everyone that change is possible. Lycurgo uses archival footage, old pictures and newspapers, diary entries, and personal interviews with hopes to awaken Alcântara’s people from its anesthesia of misery, and give them back love embodied as a new hospital. This film is about the power of unconditional love. 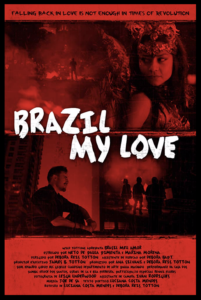 Brazil My Love (2016) is a political and experimental short film with an anti-romance story in the background, where real events intertwine with fictional elements, most of them at a Brazilian dinner party in Los Angeles. The narrative is encapsulated in a poetic and fictional format consisting of the improvised, free speech of real people (guests of the party) who don’t have a script to follow. This illustrates the documentary-fiction concept of the movie.